Łukasz Kwiecień - Vice-President of the Management Board of PKO TFI, responsible for the Sales Division. From the end of 2017 to mid-2018 - President of the Management Board of KBC TFI, later GAMMA TFI, merged with PKO TFI in 2018. In 2016-2017 - Director of the Sales Department of BPS TFI, responsible for products, marketing and sales as well as development of the first cooperative Intercompany Employee Pension Plan. Earlier, in the years 2012-2016, Vice-President of the Management Board of TFI PZU SA (temporarily also PZU Asset Management), where he was responsible for products, sales but also for marketing and promotion and cooperation of TFI within the PZU Group in these areas. At the same time - Sales Director of Investments in PZU SA and PZU Życie SA. He was responsible, among others, for the development of pension and savings programmes (PPE) and Third Party distribution. In the years 2005-2011 he acted in the capacity of Director of Investment Communication at Pioneer Pekao Investment Management S.A. From 2002 to 2005 - among others, advisor to the President of the National Bank of Poland and Chief Specialist in the Social Communication Department of the NBP. Earlier he was also associated with the media, among others as the editor-in-chief of the "PARKIET" exchange daily (and the member of the Management Board of Parkiet Media SA) and "Gazeta Bankowa” daily. He was also head of the banking department in the "Law and Economy” daily, the journalist and the stock market commentator in the Kraków editorial office of "Dziennik Polski” daily. For many years - the analyst and the stock market commentator of website services. Graduate of the Faculty of Management of the Warsaw University and Jagiellonian University. 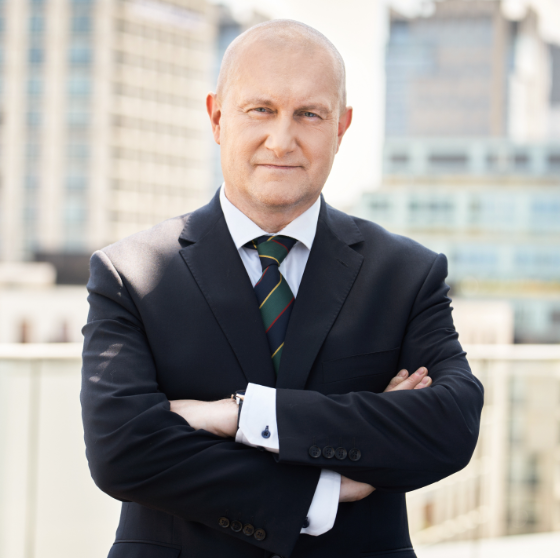 Vice-President of the Management Board of PKO TFI