Since 1996 he has been professionally involved in the Polish financial market. He started his career at Arthur Andersen Audit sp. z o.o., where he participated in audits and due diligence reviews of companies listed on the Warsaw Stock Exchange and foreign companies from various industries. He has many years of experience in managing financial institutions. In the years 1999 – 2010 he worked for the Pioneer Pekao Investment Management group, including as the Chief Financial Officer and Vice-President of the Management Board at Pioneer Pekao Towarzystwo Funduszy Inwestycyjnych S.A. He was also responsible, among other things, for the development of Pioneer Global Asset Management in the region of Central and Eastern Europe. He was a member of the Supervisory Board of NETIA S.A. and a member of the Supervisory Board of Platforma Mediowa Point Group S.A.From 1 June 2011 to 20 December 2012 he was a Vice-President of the Management Board of PKO TFI. Since 20 December 2012, he has been holding the position of President of the Management Board of PKO TFI. 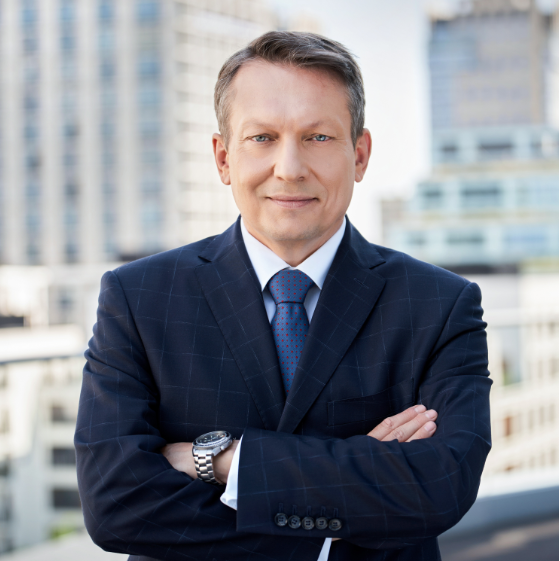 President of the Management Board of PKO TFI